Sukhothai: the Dawn of Happiness 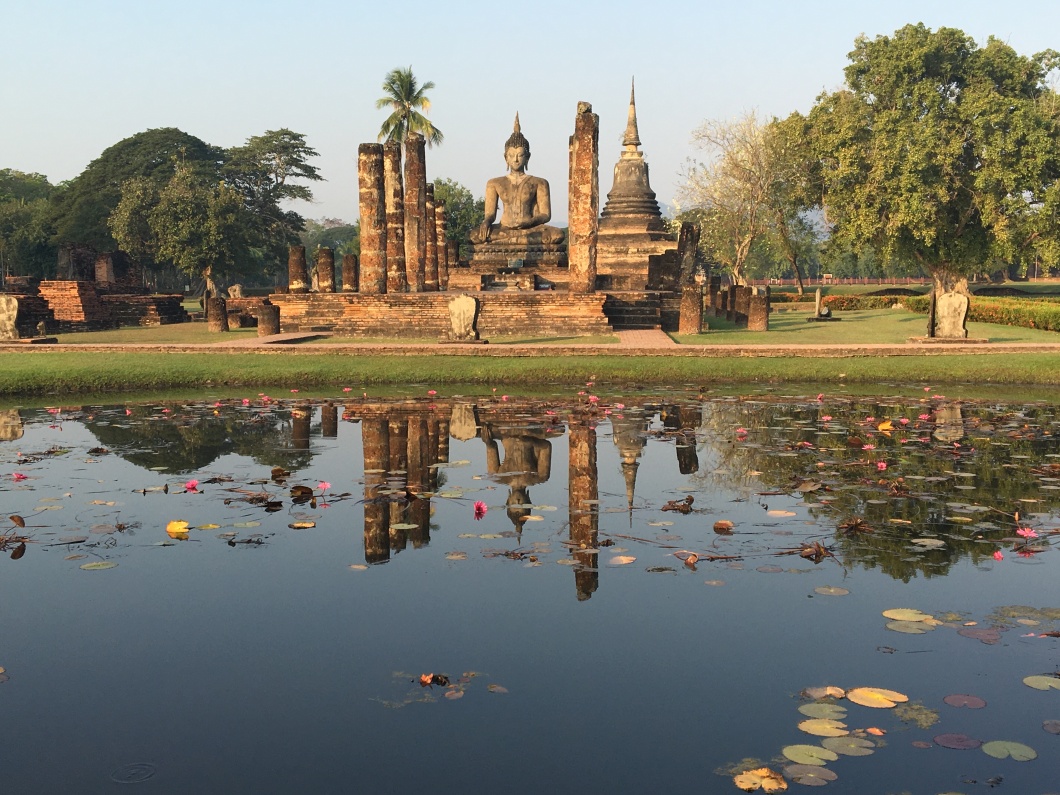 Sukhothai was the capital of the first kingdom of Siam in the 13th century. Sukhothai literally means “Dawn of Happiness.” This ancient city is a popular tourist destination and the temples and monuments have been restored and designated a UNESCO World Heritage Site.

The site covers an area of approximately 70 square kilometres and is divided into multiple zones. The entrance fee to each of the zones is 100 baht for foreigners, with a 10 baht fee for the bicycle. The central zone contains the majority of the ruins and a museum. Maps are free at the ticket office. Open from 06:00 to 18:00.

Wat Mahathat is one of the most spectacular ruins, with a large seated Buddha figure set amongst pillars flanked by two standing Buddha figures.

Wat Sra Sri also has a large Buddha figure and is reached by a bridge to the island. There are some nice views from the other side of the lake.

How to get there: from Bangkok you can take a 7 hour train to to Phitsanulok and 1 hour bus from there. From Chiang Mai there are direct buses departing from the Arcade bus terminal that take about 4 hours.

Where to sleep: 4T Guesthouse, 10$ for a private double room. Really spacious, clean with a small swimming pool. The restaurant is really cheap.

How to move around: you can rent a bicycle for as little as 10 baht to explore the ruins. The complex is about 11km from 4T guesthouse, but you can grab a local bus in the main road for 20 baht and get there within 15-20 min.

Tip: The best time to see the ruins is early in the morning when it’s a little cooler and before the tourist buses arrive, at noon when they have lunch, or after 4 pm. 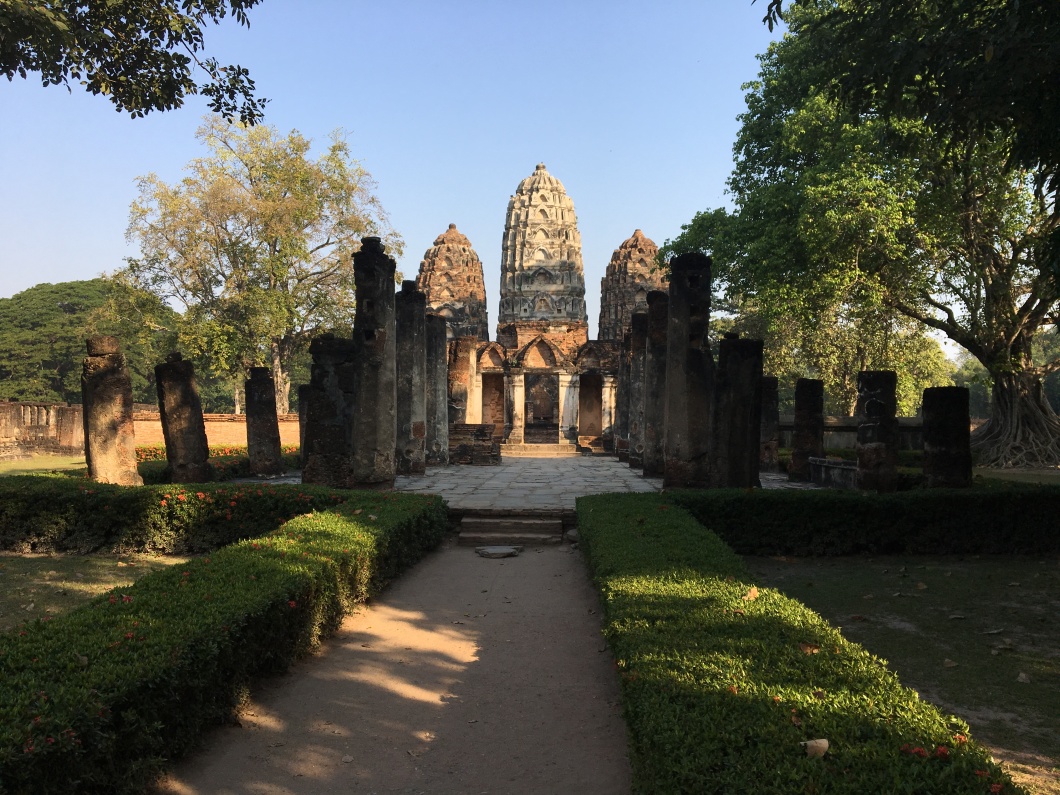 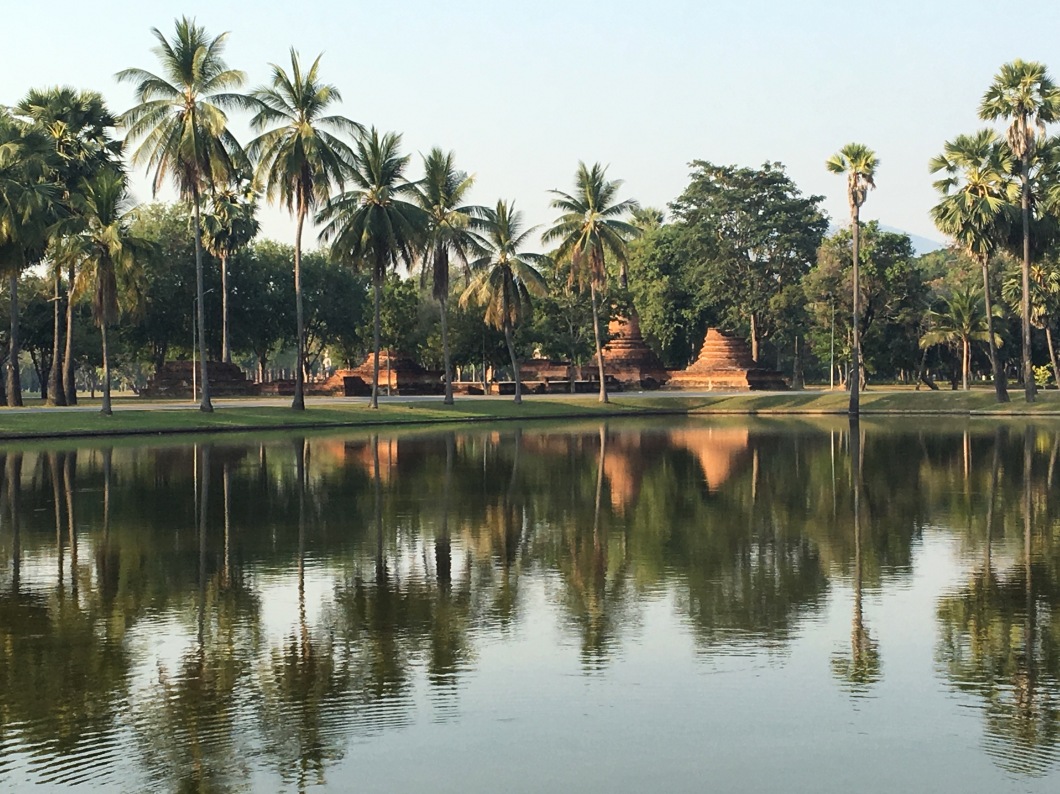