Walking through endless fields, climbing hills and passing by remote villages was my favorite way to admire the unique scenery of Myanmar. After a few days roaming the temples of Bagan we took a night bus to Kalaw, the starting point of the three day trek finishing in Inle Lake, located about 70km away. We bought the bus ticket at one local agency near Pan Cherry Guesthouse in Bagan for 8 euros each. They told us the bus arrives to Kalaw at 7am but it arrived at 2:30am. We went straight to Golden Lily Guesthouse, the place we had arranged the trek with and they gave us a room for half the price including breakfast.

Kalaw to Inle is a really popular route but I found it is still worth it. We had a local guide called Robyn, who works at Golden Lily Guesthouse with his sister Lily. You can called Lily at +95 81 50 108 and book in advance for as little as 10$ per day including food and accommodation with a local host. You will have to pay separately the boat and the Inle entrance fee. So in total is about 46$.

Robyn is a superb guide and made our journey really special. His knowledge of Myanmar´s history, culture, natural medicine and agriculture is impressive. He is fluent in five languages including English and was very talkative to the locals we found on our way, acting as an interpreter so we can ask them questions and get to know them better. He even took us to a school and we had to chance to speak to the teacher and some students. Without him our experience would have been completely different. I met other travelers whose guide spoke basic English and  they didn´t enjoy the trek as much as we did.

Every day we started walking around 8-9 am and finished at about 4 or 5 pm. We had several breaks for water or tea and one hour for lunch. The food we had at local houses was delicious including typical dishes from the Shan cuisine. After the communal dinner, we slept in a thin mattress on the floor at a local house with no electricity or running water but, trust me, you get used to bucket showers and squat toilets. There are bottles of water and Myanmar beer you can purchase at the houses. We played card games and went outside to the fields to admire the beautiful sky full of stars.

Robyn had a surprise for us the last day: we were invited to attend a wedding of the Pa-O tribe. This was very interesting but I felt a bit disappointed to see how many fellow trekkers attended the private ceremony. The bride and groom looked shy and tense to see us there, but they invited us in return for a small donation. We gave each 5.000 Kiats, a little bit more than 3 Euros. We were at least 50 people there which means they might have receive about 150 Euros that morning. This means a lot considering the GDP per capita in Myanmar in 2016 was 1.200 Euros per year.

The trek finishes at the southern part of the lake, near Indein pagodas, and a boat took us from there to Nyaung Shwe, the touristy town at the northern tip. 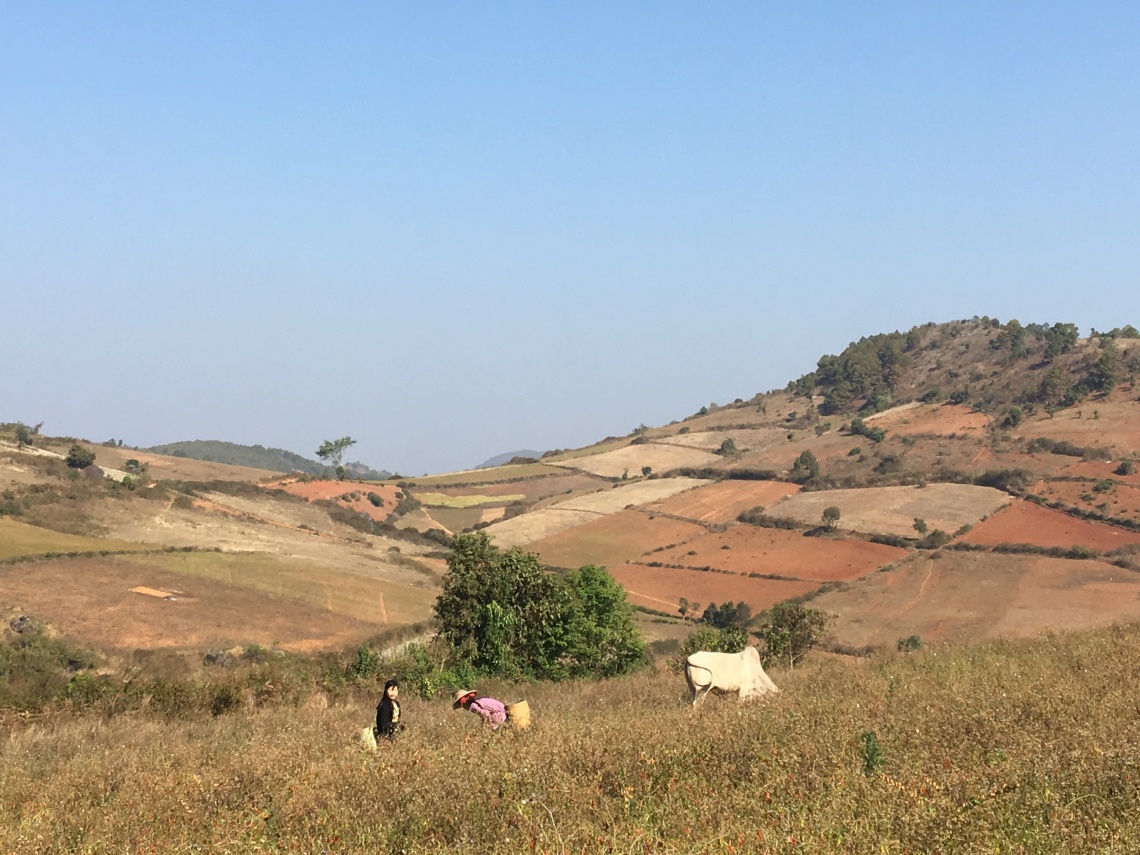 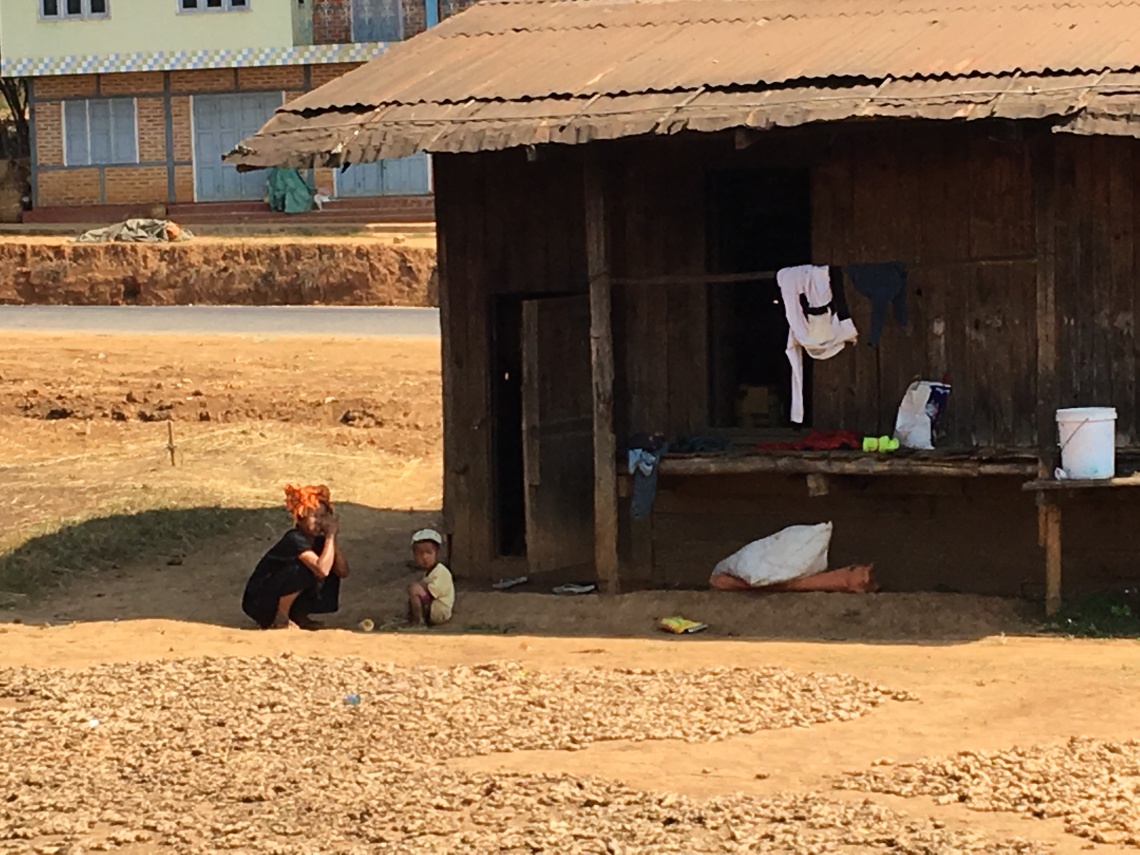 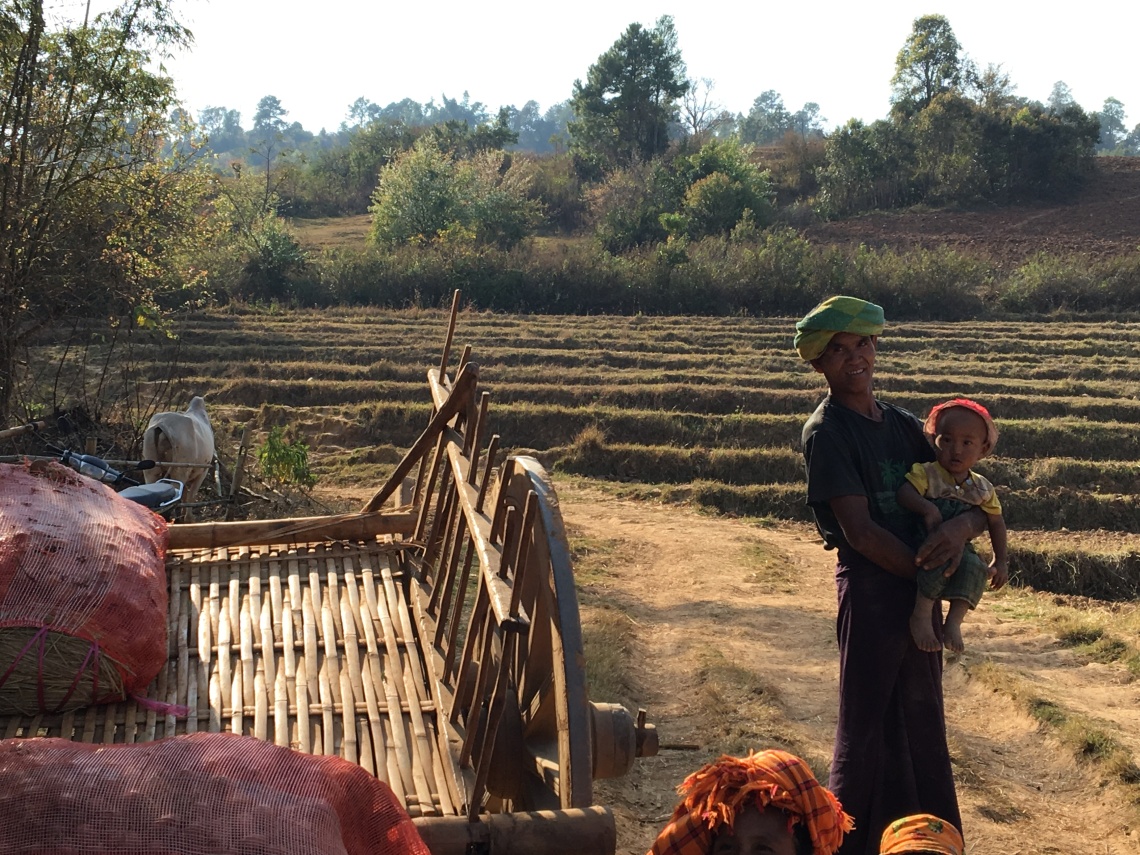 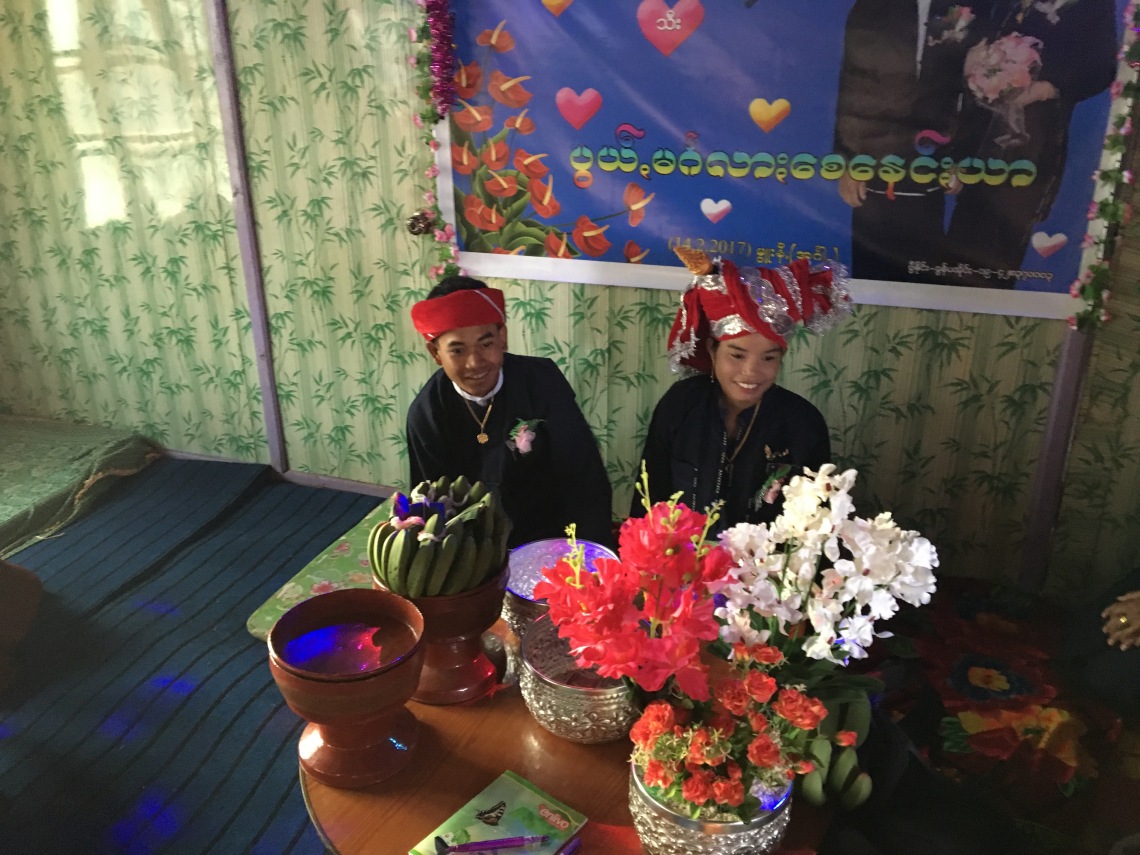 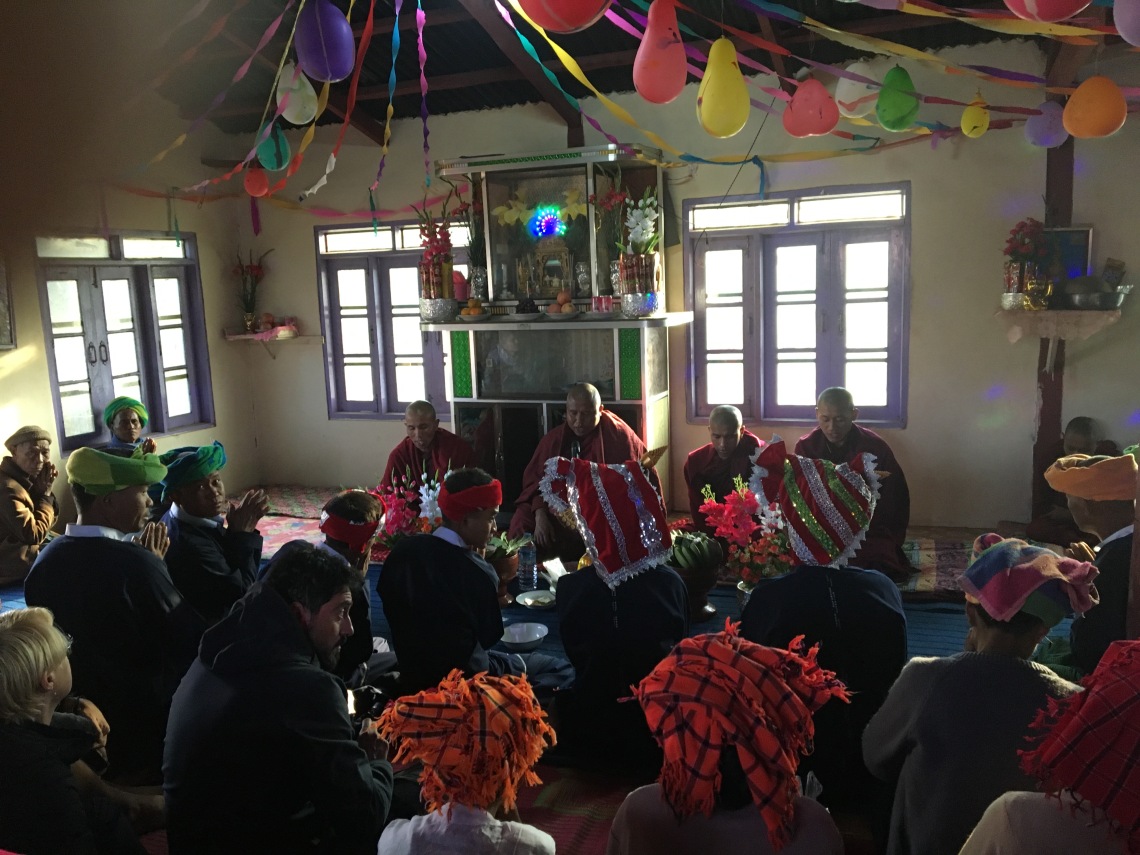