After relaxing at Unawatuna beach and exploring the ancient temples of Sigiriya and Polonnaruwa, my last destination in Sri Lanka were the central highlands. With rolling green tea fields, cooler temperatures and mountains in the clouds, Ella is a peaceful escape to the heat of the rest of the island.

This small tourist orientated town has plenty of guest houses, few restaurants, shops and one Bank of Ceylon ATM. The town has a cooler climate than surrounding lowlands, due to its elevation of 1041 meters above sea level, with a hot sun by midday and lower temperatures at night, when a light jacket is needed.

How to get there:

I can´t recommend enough getting to the central highlands by train, a route that takes 10 hours from Colombo and 6 from Kandy. This journey has quickly become a popular tourist attraction, being considered as one of the most beautiful train journeys in the worldfor its scenery of tea plantations and alpine forests.

There are four daily trains from Colombo Fort and three from Kandy to Badulla, with stops in Hatton (for Adam´s Peak), Nanuoya (for Nuwara Eliya), Haputale and Ella. As this train journey has increased popularity among tourists, booking in advance is advisable. It’s possible to reserve a comfortable reclining seat in Exporail or Rajdhani cabins for 6€ -7€ and cheaper options in second or third class. Find the full schedule via this link:

The highlands are home to many tea plantations and factories to enjoy a tea tasting. I visited Newburgh Green Teas, which is about half an hour walk from Ella town. The Newburgh estate factory was stablished in 1903 and the tour to learn about the tea process costs 250 rupees, about 1,3€, and lasts half an hour.

The British introduced tea to Sri Lanka in 1824 and its mass production began in 1867, after a disease destroyed most of the coffee plantations on the island. British plantation owners soon found out that the Hill Country`s climate, high altitude and hillsides were perfect for tea growing. Nowadays, about 5% of the country´s population works for the tea industry, most of them being Tamils brought by the British during the 19th century, because of the refusal of the local Sinhalese to do this work.  The wedges of a tea picker are as low as 3€ a day for an expected daily harvest of 20kg.

After visiting the Newburgh estate factory, I walk towards Demodara in the search of the Nine Arches Bridge, an historical brick bridge constructed during the colonial rule of the British Empire. I arrived there around 16:30 and had the chance to see the 5pm train passed the bridge. 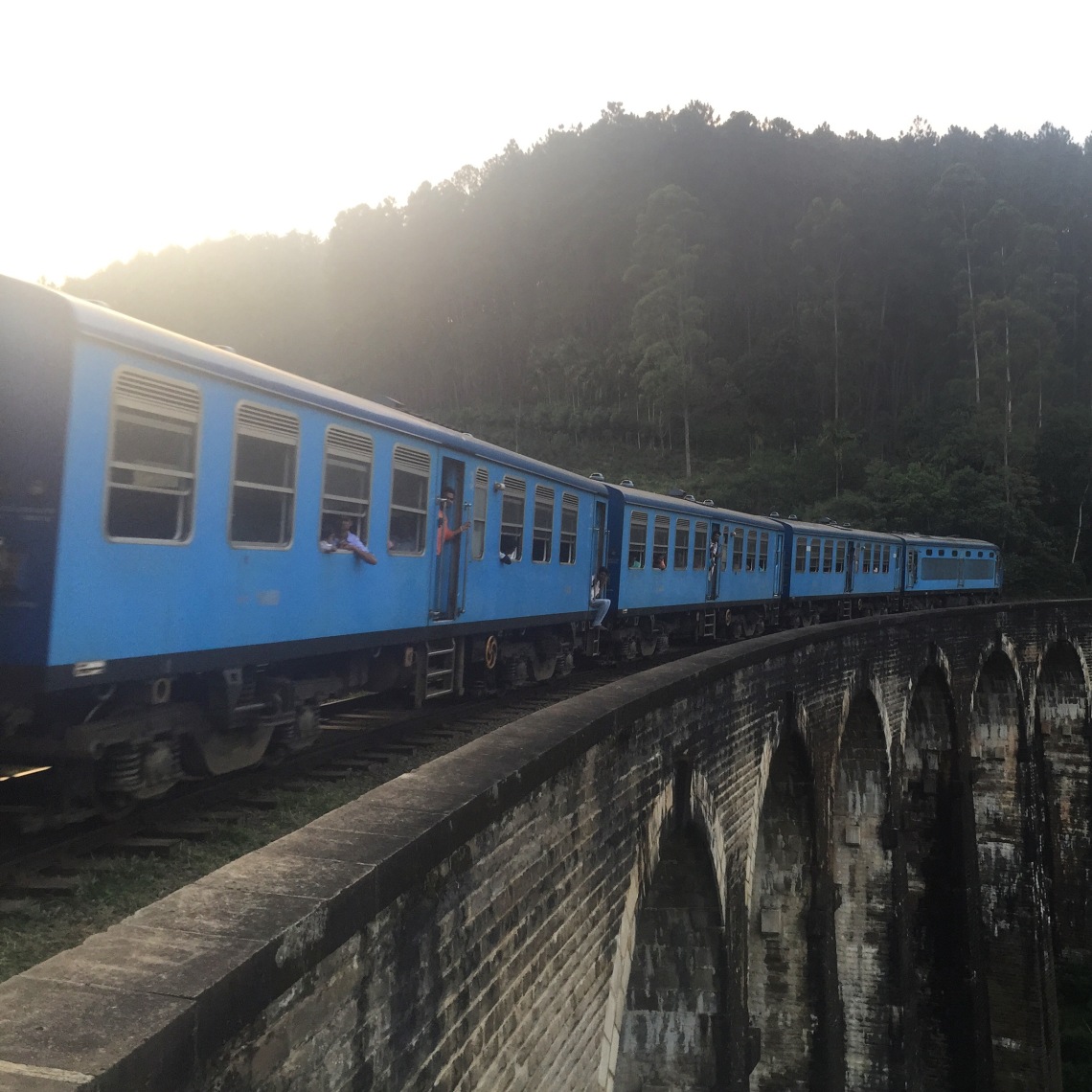 Walking up to Ella’s Rocktakes about 2 hours along the railway track and through the tea plantations. It´s worth leaving town early, as it´s located 10km away from town and the heat can make the trek extra challenging. The path will offer you stunning views across the countryside. On my way down, I had lunch in a small local restaurant with a terrace overlooking the tea plantations.

Another recommended trek is to Little Adam’s Peak, located 4,5 km south-east of the town center. I left Ella at about 5:30 and got there one hour later, just on time to admire the sunrise. The earlier you go, the fewer the travelers you will find on the way. I found this trek easier than the one to Ella´s Rock, as only the last 20 minutes were steep.